To the average eye, it’s just an empty plot of land, 25 acres of grass blowing in the wind. But to Jordan Energy and Food CEO Bill Jordan, it is an opportunity.

He plans to turn the plot of land in Utica into a power source for the town of Trenton, using solar panels.

“It will make the farmer some added revenue, and it will help low-moderate income people to access community solar that would otherwise pay more for their power,” Jordan said.

For a farmer like Scott Collins, whose family has owned the land since 1911, the decision to give back to his community was one he didn’t have to deliberate for long. The only problem is this project should already be on its way.

But an investigation by the U.S. Department of Commerce into whether China is circumventing U.S. tariffs by moving solar power resources through Southeast Asian countries has halted the import of many essential solar components, pushing back the timeline of projects like this.

“It was supposed to be built in 2022. We are uncertain if that’s going to happen now because of this case and the supply chain strains that are being felt industry-wide,” Jordan said.

The impact of the investigation has spread nationwide. According to the Solar Energy Industries Association, at least 300 solar projects have already been delayed. More than 100,000 American jobs could be lost if the investigation continues, with an estimated $52 billion in investments at risk.

Jordan said it’s discouraging to see an industry that saw more than 25% growth in the last year halted by an investigation.

“Who can argue with the lowest cost of power and the cleanest power for our environment? You don’t have to get into arguments about that. Just adopt it and create the jobs that come with that,” Jordan said.

Jordan’s company has built 83 solar panel farms in its 13-year history. Checking on one of his first solar power projects, he points to the panels, saying they should be lining the 25 acres on the Collins’ farm this year.

But until the investigation subsides, or the United States invests more into its own solar manufacturing, the growth of renewable energy is on pause.

“We can have a cleaner environment, we can have lower cost power and we can create employment for people in our own society,” Jordan said. “That’s it; that’s a win.”

“We have worked closely with DFA for many years to bring solar economic and environmental benefits to DFA members and coop sites, such as the Middlebury Center milk processing plant,” says Jordan Energy’s Founder and CEO, Bill Jordan.

Once operational, the site will provide 18% of the plant’s yearly energy needs. It will generate an estimated 2,012,633 kWh annually, offsetting the equivalent of 1,426 metric tons of carbon dioxide equivalent each year. This usage equates to taking 310 cars off the road, or the equivalent of 259 home’s energy use for a year.

Jordan Energy and Food Enterprises, started in the northeast in 2009 and set up a western hub in Weld County. The company has finished its first solar project in Weld County. "We are developing comprehensive solutions for agriculture businesses when it comes to renewable energy," COO Jake Yurek said. "That began exclusively with solar, but with improvements, now it means solar plus other efficiency solutions, like battery storage. More businesses are looking at producing energy themselves and not pulling it from the grid; when you can produce your own, it's going to unlock unique opportunities for businesses as the technology continues to improve."

Troy-based solar development company Jordan Energy and Food has been

ultra-conservative in its business plans since its first project in 2009. Founder and CEO Bill Jordan says that's about to change.

"The ramp up now is pretty dramatic,” Jordan said this week. The company has built approximately 80 projects totaling 11-12 megawatts over the past 12 years. Jordan said there are about 15 projects in development right now and plans to add 15-20 projects to the pipeline next year.

"With goals to continue to pretty significantly ramp up, not only the number of projects, but average size,” he said.

About 80% of the company's business today is with farmers and food companies. Jordan Energy typically builds solar projects for farmland owners looking for a new income stream.

“Farmers have a lot of land, and solar can help strengthen the family farm as a kind of revenue diversification mechanism," Jordan said.

A lot of the company’s new demand comes from agricultural groups with greenhouse gas goals. Plus, many states — including New York — have made their own greenhouse goals, and the price of solar has gone down.

If Jordan Energy would have tried to do 12 years ago what it’s doing now, Jordan says the results could have been messy. Instead, he said the company focused on learning the industry and building relationships for eventual ramp-up. "We intentionally put out a strategy of staying as small as possible for as long as possible to avoid the big mistakes we saw a lot of other solar companies making, kind of getting out ahead of their skis and really ending up over their heads and into bankruptcy,” he said. “There's quite a few examples of that, even in the Capital District.”

He pointed to Rensselaer-based Monolith Solar, which started the same month as Jordan Energy, as one example of a company that got a lot of press but didn’t make business decisions he would have approved. Monolith later ended up in receivership — one of its lenders accused it of being "in free fall."

"They were putting projects together in New York that didn't make a lot of economic sense, and doing it in an aggressive and abrasive way. We were kind of driving to more lucrative markets in Massachusetts, Connecticut and New Jersey, waiting for New York to be ready,” he said. "Now, New York is ready for prime time."

Jordan said the company has a particularly strong relationship with some of the banks that farmers use, which have been financing the individual projects.

"It's really nice when a customer's bank know you, likes you and even recommends you."

Similar to the business model of Distributed Solar Development, Jordan Energy plans to own more projects as it grows and get a return by selling the energy they produce.

The company has four employees now and will add two more this year and several more next year, he said.

Jordan added that 10% of the company's profits go toward the Let's Share the Sun Foundation, which he founded with his wife to build solar projects in underserved communities globally. There's a big trip to Puerto Rico planned for next March. A recent Niskayuna graduate, Tim McCorry, is spending the next year as an intern on the project before heading to school at Boston University.

As a leading player in agricultural solar nationally, Jordan Energy was pleased to join the U.S. Farmers & Ranchers in Action in celebrating National Ag Day. Jordan Energy is excited about incorporating solar into the future of agriculture over the next decade. Solar is a technology that can enable the Decade of Ag Vision by improving the economic viability of farming operations and enhancing sustainability efforts.

Please see the following link for more information about the event: https://usfarmersandranchers.org/stories/news-room/more-than-30-companies-boards-and-ngos-join-farmers-and-ranchers-to-endorse-a-shared-vision-for-sustainable-food-systems/

This prime time special event focused on the climate crisis and involved a Q&A session with Democratic Presidential Candidates.

Bill was invited to the CNN New York City studios after he submitted questions to ACE, Alliance for Clean Energy, in New York. Bill's question to Mayor Peter Buttigieg was selected to be asked during the Town Hall event. See Mayor Pete's response in the video below. 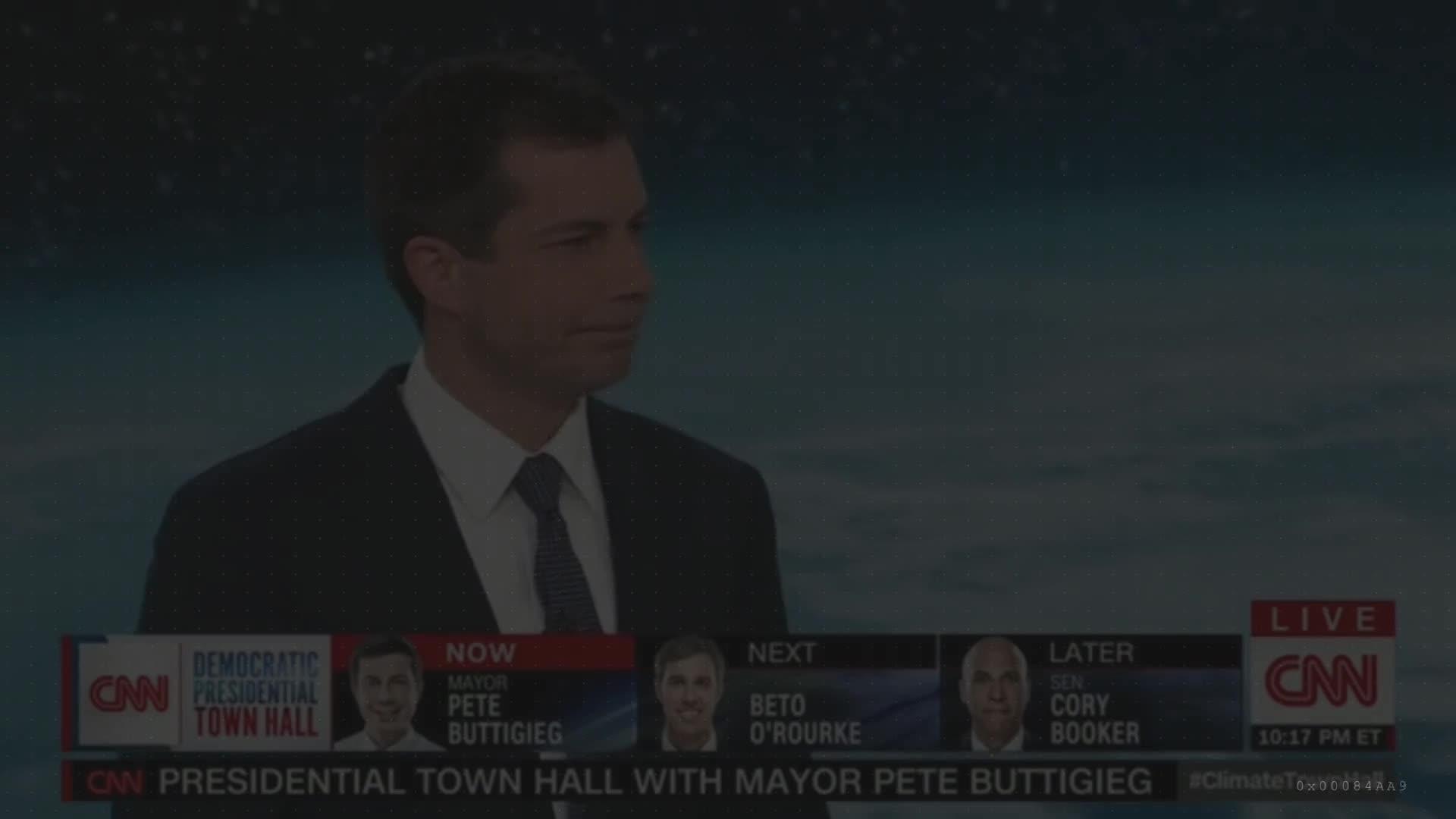